I am aware that choosing the 2004 vintage may seem a bit strange, since this producer has launched a couple of more recent vintages, like 2011. On the other hand, the ’04 is still in the market and better than ever.

I visited Arlindo da Costa Pinto e Cruz last in 2010, when this picture was taken. The winery is located in Casais do Douro in the municipality of São João da Pesqueira, on the south side of the Douro, along the river Torto. Schist is the predominant soil in their typical terraces found all over Alto Corgo.

Arlindo Cruz in the main vineyard near São João

Casal dos Jordões dates back to 1870, and has always belonged to the Jordões family. Jordões must have been the first port producer in Douro with organic farming certificates. I even remember a rosé port from my last visit.

Schist in the vineyard

The wine is made from the normal port grapes (touriga nacional, touriga francesa, tinta roriz and tinta barroca) sourced from their main vineyard and a couple more along the Rio Torto. It’s made with the typical port process, with addition of brandy, kept in barrel for less than two years – and when bottled it has never been clarified nor filtered. 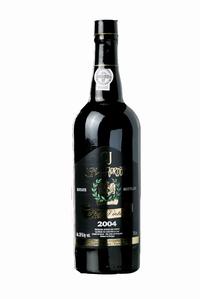 Deep dark, showing some development. Mature dark fruit (blackberry, blackcurrant), nutmeg, some chocolate, and a touch of dried fruit. Rich and smooth on the palate, but not too sweet, very persistant. An excellent port from an “off-year” (Arlindo said everybody could make a good vintage port in 2003, so for him that was no challenge…), and it will still age beautifully.