Mazuelo is the local name for cariñena. And I have a feeling when I talk to vintners that it is a grape on the way up. I don’t have scientific proof that it is a fact, but during my trips to Rioja this year I have myself seen more varietal mazuelos than ever before. 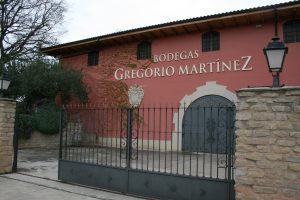 A good example I found in the Irégua valley on Ebro’s right bank when I visited producer Gregorio Martínez and winemaker Ricardo Cantera.

The grape has a thick skin and will often be vinified to a dark colour. Here it’s lighter, due to a very light maceration and the coolness of the place (the La Dehesilla parcel, north-facing at 700 meters). 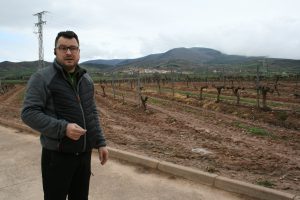 The grapes were destemmed, the juice cold-macerated in steel for one week at 8°C, fermented with indigenous yeast at up to 16°C. We also ought to mention the partial malolactic fermentation in tank and oak. Total time in used French oak was 8 months.

Cherry red, a touch of development towards rim. Cherry, plums, herbs. Full on the palate, hint of vanilla, good acidity.