In the days leading up to the Simplesmente Vinho fair we drove around in the Dão region, and it was no doubt that the fires of 2017 had left its mark on the region. And not only among those directly hit.

Here is an article from our Dão visits, recently published in Norway’s Vinforum magazine. It’s in the Norwegian language, but here I chose one wine from each featured producer, and supply a few pictures from the article.

Here is a link to the page where you find the article.

Casa de Mouraz (Mouraz outside Tondela): Well-made wines, clean and direct, fruity and balanced. Wine from all categories, also Vinho Verde. 25 ha. own vineyards, more clay than usual in Dão, but some granite too. Sara and António were probably the most severely hit by the fires, and guests of honour at the fair.

Here I chose their Elfa 2014, from 80% baga and around 30 other varieties, that went into the fermentation tanks with whole bunches. It’s a great wine, fresh and quite direct, with red berries, green pepper, medium structure and a balanced natural acidity.

Quinta do Perdigão, Silgueiros: 7 ha., granitic, mostly quartz. Biodynamic prictise. The fires stopped right outside the quinta gate, and José and Vanessa went through some terrifying hours that night. The late-released rosé is an all time favourite, and aside from that one the white and the youngest reds are the best wines for me. Good varietals from jaen, and the one I chose here:

Alfrocheiro 2011 has kept the dark colour well, and shows aromas of blackcurrant, pepper and some balsamic, and with good support from tannins and acidity.

João Tavares da Pina (Quinta da Boavista), Penalva do Castelo: Cooler, higher (around 500 meters), clay and schist (from maritime sediments), 13 ha. planted (50 in total). João has a passion for the jaen grape, well-suited here, with its long cycle. His entry-level wines Rufía! are direct, fruity, acidic, turbid and easy to put in the “natural wine bag”. But the reds also demonstrate their ability to age. João searches for both freshness, but also the decadent mushroom and underwood aromas. The jaen grape and high fermentation temperatures (up to 32°C) are tools to achieve this. João is also a passionate horse-breeder, a creative chef, and maker of Serra da Estrela cheese until recently.

While waiting for the lamb chutlets to be finished we tasted some 20 wines that João had placed on the stove. A white Rufia! 2016 was opened 13 days earlier, had one week skin-contact in a small steel lagar. Light orange and turbid, flowery aromas, citrus peel, and a wonderful, stimulating acidity. He plays with oxidation, but balances masterfully.

António Madeira, making wine from 6 ha. spread over 6 villages, most near -or in- the Estrela: He is French, from Portuguese descendant. His project is to identify and categorize the great vineyards of Dão. He started to make wine in 2011 from a 50 year old vineyard, while still living in Paris. His wines all have freshness and energy. To say that they are promising is an understatement.

2017 will be remembered by the fires, but the vintage itself is promising, dry (not surprisingly) and very early harvests. Liberdade Branco 2017, his first almost-no-sulphites wine: Complex, still a bit reductive, but fine spicy notes, pear and citrus. Good acidity, with a salty minerality (oysters, according to himself) in the finish. Wait until this really opens! 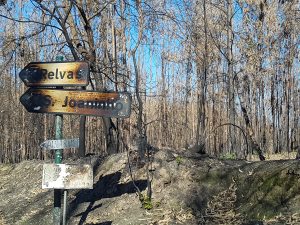 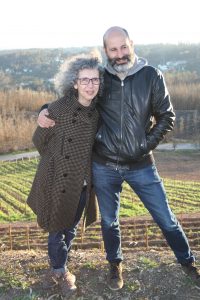 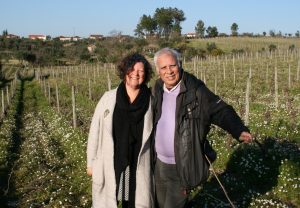 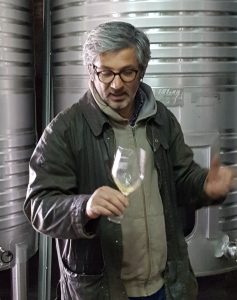 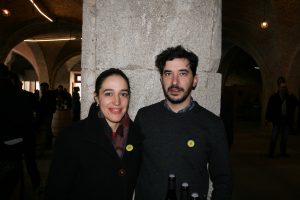 Here is a collection of articles from the fair:

There will also come short articles about the Douro and Vinho Verde producers of the fair.